A few of the artists we’ve featured on the show:

The Junction live set on November 13, 2009 at our brand new digs 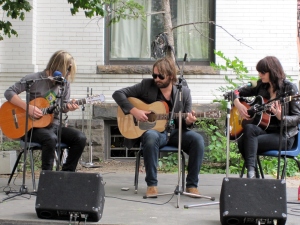 Band of Skulls @ 91 St. George performing an acoustic on Dreaming in Stereo on September 11

Before The Flood interview on November 21